As the depleted health systems of developed economies attempt to deal with the unfolding crisis surrounding COVID-19, media ramp up the rhetoric, and the state necessarily intervenes where the private sector can no longer make a profit, it may seem like things shut down. But where economic activity may disappear, it's important to recognise the different types of activity that may continue, or even flourish.

Indeed, for better or worse, right now is a peak time for internet traffic and journalism. As is commonly acknowledged within the media industry, individuals have become primary broadcasters of information. I know I'm not alone in being more than usually frustrated with the corresponding amount of misinformation and amplification happening on the internet, often broadcast or amplified by well-meaning people with no media training and who do not understand the importance of the process discerning truth, as complex (and necessarily contested) as that concept is. There is, in general, a pervasive lack of accountability, which runs directly against the principles of broadcasting and journalism. The amplification of dystopian, shocking and inaccurate headlines are having a noticable effect on people, repeating the fears generated by the - also often questionable - dystopian and apocalyptic narratives common to contemporary fiction. Normally, this is irritating - right now it can be dangerous. To this end, I have proposed a little checklist (see under) for those interested in broadcasting during this period.

Although the role of theatre and art criticism may seem to take a back seat during times of crisis, in my view, nothing could be further from the truth. The former UK Prime Minister Winston Churchill is often falsely quoted here when, in response to a suggestion to stop arts funding in a time of crisis, he supposedly replies "Then what are we fighting for?". Such an understanding, veracity of the attribution aside, undermines the arts significantly whilst appearing to defend it. As a creator of culture and discourse, art has not only an active symbolic function of cultural heritage and continuity - as a fuel for a cultural protectionist narrative - but an active role in shaping community, and therefore resisting the pitfalls of crisis. Significant military conflict is inevitably preceded by an equally significant propaganda foundation, defeating critical thought - our best cultural defense against atrocity and state violence. Similarly, crisis management in non-military scenarios benefits considerably from a community engaging with culture and the discourses that surround it.

Admittedly, much of that work is done preceding the actual crisis event, and by people who generated conversation, community, and connection through happenings, shows, discussions and so forth. As much as there is media focus on the dystopian elements of crisis - empty supermarket shelves, particularly - the good things that are happening in neighbourhoods across the world occur through the nurturing of cultural connection and our artistic selves. 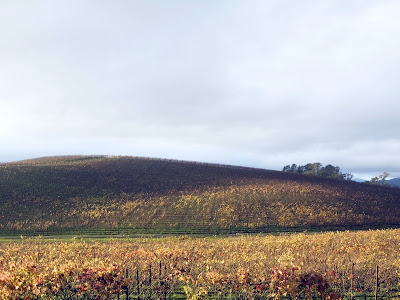 The creation of artistic discourse, as an offshoot of art but not its lesser, is one of the foundations of effective community, and when that community is put under significant stress, it re-emphasises, and not de-emphasises, the need for critical thinking. Furthermore, amid a large perceived threat, quick decisions are made which are often wrong. Bubbles appear and disappear as the crowd moves on to the next headline, creating a cumulative effect of a society losing control and going out of its mind in fear, which can be a more destructive force than any virus.

Now is the time, therefore, to really stop and think.

Read more »
Posted by Richard Pettifer at 8:10 PM No comments:

There is a lot written about Patricia Cornelius' SLUT, which premiered in 2008 and has been performed extensively in Australia, although it tends to tell the same story. That story positions the play as a resistance against 'shame culture', victim-blaming, and labeling of women based on their sexual activity. The play's appearance just before the international SlutWalk demonstrations of 2011 lends itself to this reading - as an attack on attempts to dismiss domestic and other social violences against women with comments like 'she was asking for it' 'she shouldn't have dressed like that' and so on.

Although they don't defend only women, such movements are de facto anti-misogynist in the sense that the term 'slut' is one which is frequently used to devalue women based on a criteria of promiscuity or chastity. Sitting through SLUT, however, in this stripped-back and simple staging by director Rachel Baring at the wonderful Fitzroy theatre The Burrow, a slightly different, and satisfyingly nuanced, picture emerges. Protagonist Lolita (Laura Jane Turner) is characterised as a high-school 'slut' through various events such as giving blow jobs in parks, attracting a queue of boys at parties, stealing boyfriends, and generally, according to the chorus of women which incessantly commentate on her (Lauren Mass, Jessica Tanner, and Michaela Bedel), walking a fine line between high-school domination and total self-destruction via promiscuity. The story is punctuated by Lolita's point of view, offering her dream-like confusion in which she clings to memories in order to define an identity increasingly out of her control. 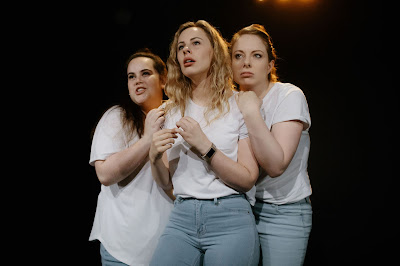 
However, Lolita is not the only narrator of her story, and the most interesting part of the play is perhaps the role of the chorus, which acts as a type of jury for Lolita's promiscuity. This trio run through an endless and hyper-dramatised commentary of Lolita's progress through high school, from her early development of breasts, to being the first to lose her virginity at 12, to her attracting the attention of the male members of the school body. In forming this super-bitchy clique, the chorus work is outstanding, so precise as to seem at times seeming almost choreographed but retaining a responsive and flexible core, as they enact a Jesus-like deitification and crucifixion of Lolita - both revering and diabolising her, sometimes in the same breath. This kind of 'harmless banter', part of the constant bubble of chatter that made up a majority of Australian conversation in high-school, is, to me, what defines SLUT as a truly feminist play, and a great one. It targets the patriarchy indirectly, focusing on its manifestation in a lack of solidarity among women. Supporting this reading is that men are barely present in the play - once as a perverted schoolteacher hitting on Lolita, and once as a year 12 student who she has sex with. Neither are particular positive but both appear as kind of furniture to the main drama of the play - performing a token role of dividing and conquering women.

In this sense, SLUT seems to have very different objectives to its namesake political movement. Whereas the latter attempts to push back against social categorisation of women - largely by patriarchy and presumably using male agents - SLUT is a play about, and speaking largely to, women, asking 'what is to be done?' Like any good tragedy, it focuses on the tragic circumstances and the victim, resisting didacticism and reserving judgement for the audience, whilst offering irrefutable, unavoidable evidence. Yet even though we might view the behaviour of the chorus as repulsive, Cornelius refrains from targeting them, either. Rather, the nuts and bolts of the tragedy are laid out, with the end result a lingering, despairing question of 'Why does this happen?'

And that question is an interesting one, which reverberates even beyond the specific microcosm of the play. Why does Australian society in general, and its high schools in particular, feel the need to create these 'sacrificial lambs' - victims that help to justify or explain the behaviour of the masses? Why this impulse to destroy someone's life to make us feel better? Is a society outside of this categorisation possible - one in which the anxieties of sex, or indeed race and class, in high school can somehow be navigated without the need for the identification and destruction of a tragic hero?

Can't Australians be a little more secure than that?

One senses that, since the play's premiere in 2008, some of these questions have been answered in Australian schools, although conservative-led pseudo debates such as the ongoing Safe Schools fiasco mark significant steps backward for sexual rights. SLUT, however, remains painfully recognisable to those of us who went through Australian high schools in the 90s - particularly in the bush - in this sense, it's perhaps more a play for adults than present-day students. Nevertheless, purely as a call for solidarity between women, SLUT is an important advocate for targeted, well-placed anger as a tool for political agency and collectivity. Far from a didactic and principled woke-rage, the play relentlessly proposes its tragic scenario, and, as mentioned in Baring's director's notes, our complicity within it.

But more's the point, SLUT's call to women is a revolutionary feminist one: to stop punishing each other and thereby participating in the system of control, and rather focus on the real forces that attempt to divide and conquer. With that, its power extends outside of the specific incident that formed the basis for the play, and into nothing short of authentic systemic overthrow. As well as acknowledging its powerful conviction on sexual identity and self-determination, then, it's good to recognise - and perhaps learn from - SLUT's unabashed revolutionary intent, which does not ask concessions from a broken system, instead attempting overthrow through the mechanism of solidarity.

Further viewing - a 2019 conversation at the Wheeler Centre, featuring the playwright and the original director of SLUT, Susie Dee
https://www.youtube.com/watch?v=dW0gx9Oj9SM

Posted by Richard Pettifer at 3:21 AM No comments: