The new wall is up: retirement, and thank-you

There was an attack on the marketplace in Charlottenburg, Berlin - I was not there, I extend my sympathy to the victims.

My primary critical guide, Australian critic Alison Croggon, used to periodically give kind of 'critical updates' where she would review her own critical position. To be honest, I always found reading these cringe-worthy as they seemed to be self-indulgent, somehow hopelessly ceding impartiality for the sake of communicating something that looked a lot like navel-gazing. Closer consideration revealed its true function: such updates make clear the criteria a critic is basing their responses upon, involves readers in a discussion of the principles of criticism - and their role in shaping that position. This promotes critical thought as an activity, and acknowledges and its key role in culture, and life. So I will attempt to follow suit here.

There are distinct differences between Croggon's project and my own - she has/had a fixed location, for example, writing for an audience that is relatively stable, and has comparatively fixed cultural assumptions from, I argue, a defined readership. In this project I frequently write from different locations and across audiences, locations, and artists with wildly diverse cultural histories and political contexts. This makes building any kind of stable readership almost impossible, and offers me a naturally different set of objectives. Further to this is the multidisciplinary nature of the writing - following a family tragedy which saw me spend the first half of the year in Australia, most of my 2016 seems to be occupied with presenting papers at conferences, or running workshops. I have barely had a chance to see any theatre in Berlin, nominally the home of the platform, and itself brazenly multi-everything. This is not a new development - since the beginning, this platform has taken me to Ukraine, Kosovo, Azerbaijan, Serbia, Croatia, the UK, Italy, and only sometimes Germany. Therefore, my critical position is formed out of a strange kind of 'floating' position - heavily involved in cross-cultural exchange, radically multi-disciplinary, somewhat representative of New World Anglosphere, and trying to shape some meaning from the global world order from a European perspective, albeit as an outsider to any one locality. On one hand, this makes it some kind of bellwether to pan-European discourse. On the other, it makes me prone to wild, often seemingly unjustifiable positions, evident only to myself, and shared by no-one. 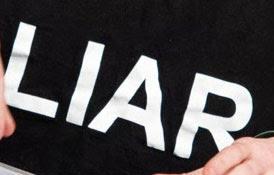 Read more »
Posted by Richard Pettifer at 7:23 AM No comments: