In Tuesday's introduction, I mentioned that every year I say 'never again', and every year I come back. This is because Faki offers conditions of no other festival I know - there is a closeness with artists all living together in a non-institutional space, that overcomes the hyper-professionalism of most festivals. Careers are not built here, so much as mythologies. I learn things in this environment - about art, about life - that I could never learn outside the paper-thin walls of the former medical factory, Medika.

For me, this trust and complicity between humans is a feature particular to performance. It can be dangerous - as various recent media accounts of sexual harassment attest. It can quickly be transformed into abuse. (The different between transgression and abuse has received a lot of attention lately - and if it was ever a 'grey area' in the performing arts, it surely isn't now). But, paradoxically, it is also what we love about the stage - its capacity to draw us together in human drama, and to bring out our natural tendency to transgress boundaries, and to confuse and unsettle our perceptions. 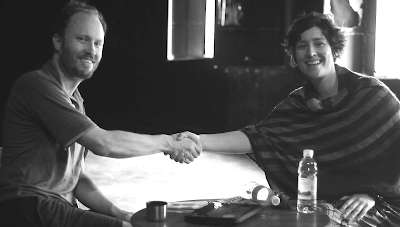 There was plenty of drama this week, on and off the stage. The total of 8 great performances might be well down on the insanity of the years in which Irena Čurik was artistic director - where some 30 performances from 25 artists packed both the schedule and Medika itself, generating some frenzied criticism on my part - but Natko Jurdana's programming again demonstrated the benefits of specificity. Every show was programmed for a reason, each of them elucidating the theme of 'Inequality' in a slightly different way. There was a strong anticapitalist bent, with shows such as Dušan Murić's Doći će partizani opet and Zoran Ilić's Smej se Pajaco directly offering alternatives to the  inequality and exploitation-producing systems under capitalism. These were refreshingy direct critiques that drove to the heart of the cause of inequality in post-industrial states, but both shows were not there as h8ers, instaead offering alternative collectivities to the exploitation and hierarchy of profit-driven political systems.

Read more »
Posted by Richard Pettifer at 5:50 AM 3 comments: