Faki Epilogue: The End of Medika 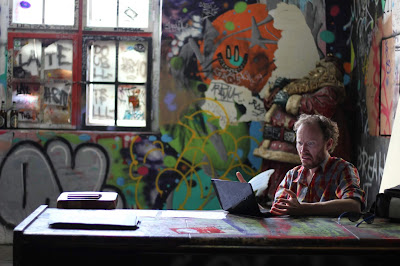 Medika is a space without end. It spans multiple time zones and currencies - it is total. Walk in any one direction and before long you will be back where you were. Its halls are stained with the memories of life and death, love and suffering, art and banality. It vibrates in a state of perpetual lift-off. It lies cold and still, awaiting its chance.

Outside the train window, the plains of Croatia give way to the mountains of Slovenia and then Austria, and the memory of Faki begins its unravel and fade into the distance. Or does it? It feels like this year was the first time my yearly visits to the festival began to accumulate and fold back into one another. Links were made to previous years, the images of the shows resurrected and superimposed onto new offerings, creating a 4th dimension of the stage, stretching back to the past and away into the future.

Day 6 was another implausible day to end an impossible festival. I will admit to having my doubts about our collective capacity to deliver an effective forum around physical theatre in the scheduled 'Critics Forum', but these were quashed by generous contributions from festival director Natko Jurdana, Belgrade critic Radmila Djurica, and even myself (managing not to say something stupid in public for once). The linchpin, though, was the artists, who showed a capacity to reflect on each others work and their own - reflections which demonstrated a refusal to be satisfied with mere expression. My doubts about present critical thinking were challenged by the figure of the self-critical artist, capable of building meaningful discourse around themselves that go beyond the pleasures and freedoms of art, and connect with considerations of context - seeing itself for what it is, and what it is not.