If I felt more passionately about the Fringe, I would be happy to declare it as the worst place to make theatre.

Unfortunately, I feel so jaded and apathetic about the whole thing that it's difficult to muster the energy to attack it. It's such an overwhelming institution.

I'll limit myself to some simple expressions and observations.

It was disappointing to see how much the Fringe has not changed since 2006, when I was last here. Theatre certainly has. The hallmarks are still here - the little cliques, the networking, the audiences treating theatre as a supermarket, browsing around, ultimately making bad decisions based on the most trival justifications. It seemed like most audiences wanted to escape something which might be actual, real theatre. 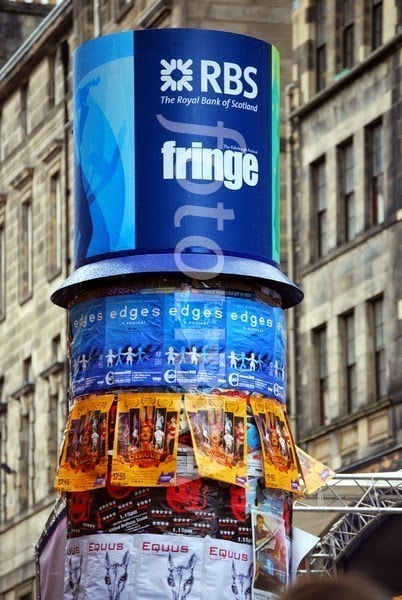 I don't buy the argument that simply having so many people in the same place to watch theatre is enough to justify whatever. Rather, the screws appear to be being turned on artists more than ever. It was so terrifying to see young people there, joining the fray, as it were, handing out flyers, trying desperately to make their money back on their huge upfront investment, to pay back that loan they took from their parents, or that credit card debt.

Read more »
Posted by Richard Pettifer at 5:18 AM No comments: