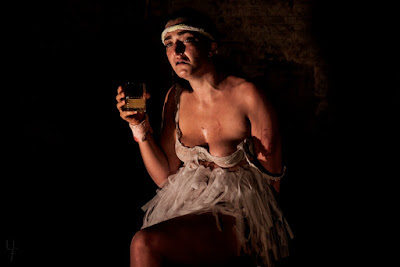 The sad tradition of this question is echoed by Caillouel's own reverence for the theatre act - at one point askind an audience member to leave as their phone rang - and whilst I'm not normally one to champion those ettiquettes, here it does feel like a violation of trust. There is something precious, something undisturbable or sacred, about the theatrical act here - something associated with memory, something fragile and delicate about the assault.

Paulina is a theatrical arguement about the power of the look, and an attempt to reclaim that power in the name of those who have had it employed violently against them.