Along with the mounting body of scientific data on climate change comes the implicit knowledge that the future contains more and more catastrophe. The way these catastrophes are narrated - mostly through media - is already corrupt, and with the pre-requisite that the first world dissociate itself from accountability for these events, it doesn't take a long stretch of the imagination to assume these narratives will become more and more pliable.

Just how we respond to these events is the focus of Zilla!, a part participatory work, part staged poem from writer Andy Field in collaboration with Ira Brand and Chritopher Brett Bailey. The play utilises a floating birds'-eye lens of cities in the world (for me reminiscent of Chris Thorpe's There has Possibly been an Incident, although the likeness is presumably accidental as it was first performed in 2011) zooming through different world cities as though from the perspective of Godzilla himself. One moment, we are in London with its Oxford street brands, the next in Berlin with its issues of gentrification, or perhaps in New Orleans.

By the time catastrophe strikes, we've got a sort of poetic portrait of the daily life of the global citizen. In a device I found fairly artificial, we are asked to put our Lego figures, personally selected from the floor at the beginning of the show, down on a map of the city that has been periodically sketched out by the actors. We do this only to see them callously stomped on by the two actors (Brand and Bailey) wearing giant fluffy animal slippers and to the tune of some pop song I can't remember (EDIT: We Gotta Get Out of this Place by The Animals), in a kind of mimicry of the fragile act of creation and the unfeeling swiftness of its destruction. 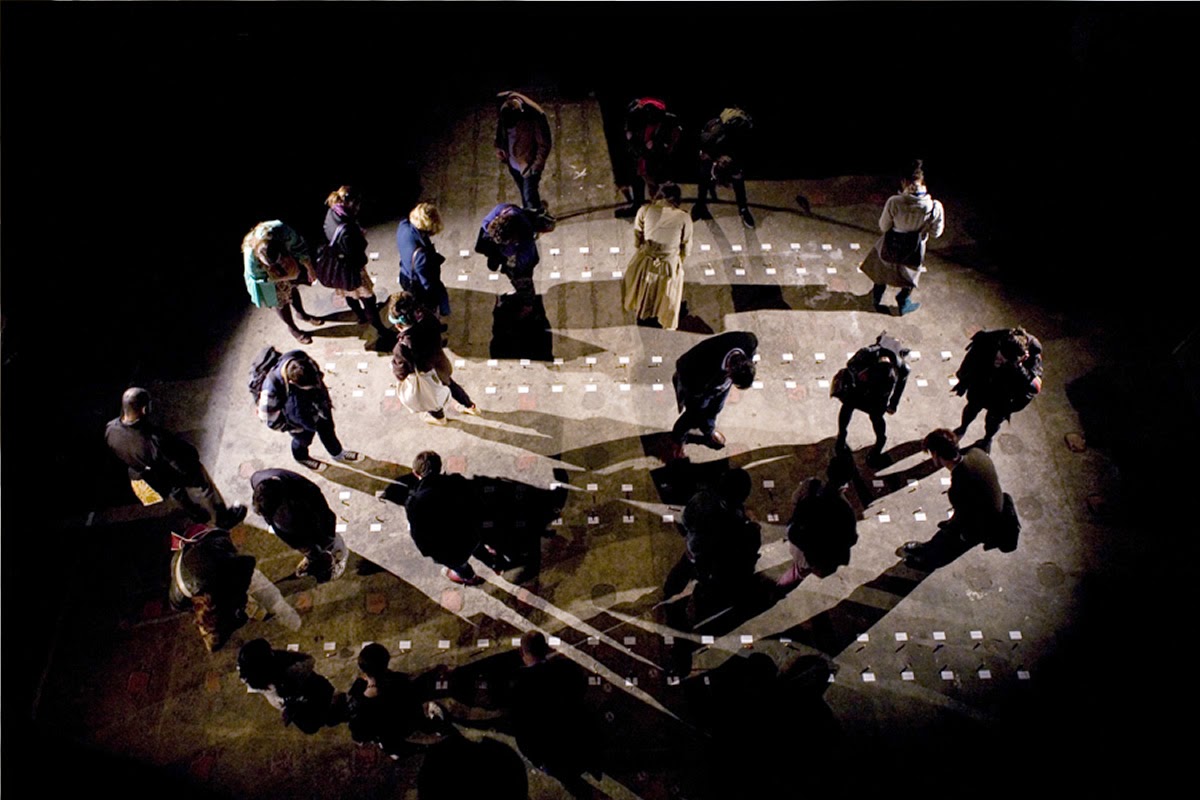 There's a certain irony to performing such a cold work in a country that is warm in so many ways, and I wondered at times if the ensemble knew exactly what fire they were playing with here. The removal of the term God from Godzilla (but possibly also a reference to the real-life renaming of the character in 1998) in the title points at a kind of spiritual collapse paving way for tragedy, and the trajectory points with enthusiasm toward the slowness of creation and speed of destruction. I'm sure there's all kinds of theology and spiritual writing about this (that I don't know about), but what struck me was its application to now - when we face, on a daily basis, precisely this mortal knowledge, not just the destruction of self, but the destruction of others, and the ethical experience of such. It's a powerful, timely point - and yet its execution for the predominantly Italian audience felt surprisingly weightless and, dare I say it, somehow inhuman. Perhaps this was a difference in theatrical tradition, Italy not having yet experienced the kind of nihilism or despair that prevails in more capitalist countries. But in some ways I felt there was a point here: that the robotic delivery of the actors, carefully targeted no doubt towards a kind of agitation, did make one wonder if there was actually anything worth saving at all.


A lot hinges on the aftermath, were the camera zooms across our now destroyed any-city, zooming on the individual accounts of people, unpacking the trauma in an exhausting way, for me triggering memories of the bombardment of 1st hand accounts in the aftermath of 9/11. The body count at the end, also delivered with a kind of smiling coldness, seems drawn straight from lived experience of catastrophe, albeit a particular viewpoint - perhaps that of those in charge of the clean-up of now inanimate human corpses.

It's a detailed observation of an important subject. I just wish there wasn't this cold, impersonal distance. On some things, the Italians are right.

Posted by Richard Pettifer at 4:07 AM